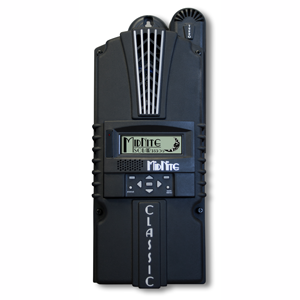 $698.85
Specification Sheet
Out of Stock
shop - off Grid kits 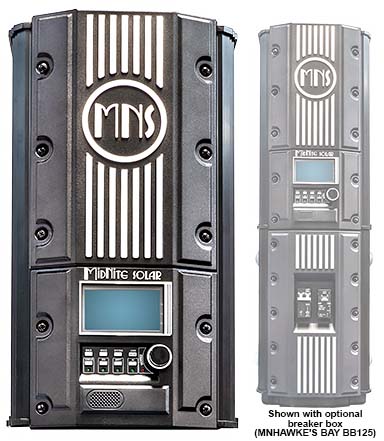 Out of Stock
shop - Hybrid On & Off grid Kits

Why a charge controller? 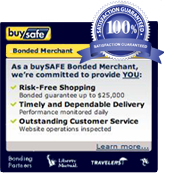 Proper Battery Charging prevent excessive overcharge of the batteries within a battery based power system. Unlike other types of generators, solar panels can be short circuited or open circuited without causing damage to them. Controllers contain a relay that opens the charging circuit, terminating the charge at a pre-set high voltage and, once a pre-set low voltage is reached, closes the circuit, allowing charging to continue. Manage your battery life, Get the amp needed using mppt

Charge controllers are the gizmo that goes between the solar array and the batteries and are sized to the systems they protect by the short circuit array current and watts matched to the battery voltage. Most common are 12, 24 and 48 volts. Because of cold temperatures and the “edge of cloud effect”, sporadically increased current levels are not uncommon. For these and other reasons, the size of a controller’s amperage should be increased by a minimum of twenty five percent of the peak solar array current rounded up. You can also use the manufactures string calculator to correctly size the right charge controller for your battery based system for your zip code.

What Size do I Need?

Take the number of panels x watts to get the total watts of the solar array. You then divide it by the voltage of your battery bank to get amps, add 25% to allow for cold temperatures and as always, round up. Example: 2 - 140 watt solar panels in series = 280 watts / 12 VDC battery bank + 25% = 29.18 amps. You would choose a 30 amp, 12 VDC charger in this example. Another example would be 4 - 250 watt solar panels = 1,000 watts / 24V battery bank = 41.7 amps + 25% = 52.09 rounded up = 60 amp controller. Note; Solar charge controllers are rated and sized by the solar panel array current and system voltage. These examples are simple calculations for small systems. If you have a larger system with muliple strings you are considering, you should look at our Off-Grid Living page for some preconfigured systems that include the right sized charge controller or consult the charge controllers manufactures string calculator.

Midnite Solar is an American manufacture that produces a wide range of alternative energy products primarily used in off-grid battery applications. MidNite’s Classic series of Maximum Power Point Tracking (MPPT) charge controllers are the most powerful, full featured controllers on the market as well as being the only ETL listed controllers designed to work with Solar, Wind, and Micro Hydro Electric systems.

The typical solar string for battery based systems is three common 60 cell solar panels in series. Throughout North America, 3 in series is a safe string for MPPT most controllers. The higher voltage Midnite Classic controllers may accept strings of 4 or even 5, depending on the solar panels and the local climate.


*Pulse Width Modulation (PWM) is an effective means to achieve constant voltage battery charging by switching (or pulse) the charge controller’s power devices. When in PWM regulation, the current from the solar array tapers according to the battery’s condition and recharging needs. The PWM charge controller constantly checks the state of the battery to determine how fast to send the electrical pulses, and how long the pulses will be. In a fully charged battery with no load, it may just "tick" every few seconds and send a short pulse to the battery. In a discharged battery, the pulses would be very long and almost continuous. The charge controller checks the state of charge on the battery between pulses and adjusts itself each time.

**Maximum Power Point Tracking (MPPT) - A solar panels ideal voltage is that at which it can put out maximum power. Maximum power point, also called peak power voltage abbreviated Vpp is the maximum energy produced. Maximum power point tracking (MPPT) is a electronic design that charge controller manufactures use to get the maximum possible power from a solar panel. The cells that make up a solar panel have a complex relationship between solar irradiation, temperature and resistance that produces a non-linear output efficiency known as the I-V curve. It is the purpose of the MPPT controller to sample the output of the cells and apply the proper load to obtain maximum power for any given environmental conditions. Essentially, this defines the current that the inverter should draw from the solar panel in order to get the maximum possible power, as power equals voltage times current. MPPT controllers are more effective that PWM controllers and save considerable money on larger systems since they provide 16% to 30% more power to the battery.

Charge controllers have multiple stages of control it uses to regulate different voltage and current levels. The voltage and current of a battery varies over the different stages of battery charge. Though the amount can vary, the bulk charge usually is approximately 80%, the absorption charge is 10% with the float charge representing the balance of the battery charging process. The bulk charging stage of the charge controllers process is the first stage to used to bring the battery depth of discharge (DOD) back to 100%. The bulk charge stage happens first in in the morning after the batteries DOD has drained down since sunset the previous day. The bulk charging stage pushes as many amps into the battery bank as possible from the solar panels and gets the voltage up in the process. The effect of a charge controller is not unlike trying to fill a glass of water from a faucet. You first turn the faucet on full while the glass if filling, then slowly taper off the pressure until the glass is full. When the battery bank reaches a predetermined level known as the bulk voltage set-point, the charge is then substantially slowed. Because the bulk voltage set point is determined by the type of battery you are using, many charge controllers have to be pre-set to the type of battery which will dictate the rate of charge. 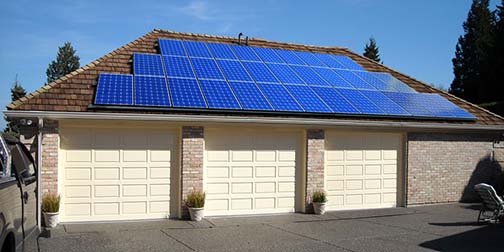 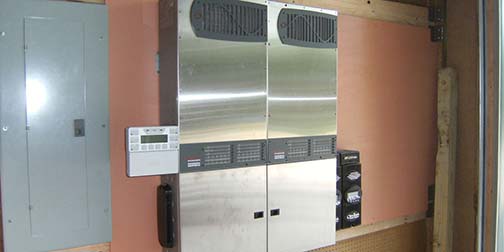 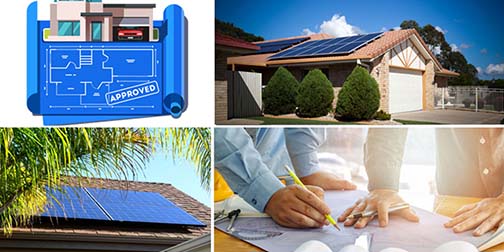 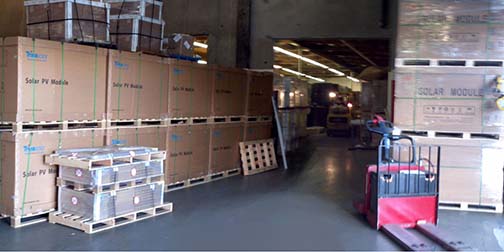 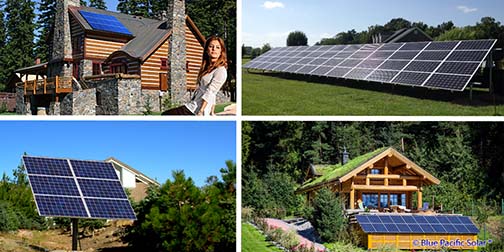 Do-it-Yourself & Save. Skip the markup and save up to 50% from national installers when you buy straight from the source. We can help you with the plans to install a solar system on your home or business. Get tips, advice & custom system design from seasoned experts that have been in the solar industry for years. Installing your mono or solar polycrystalline panels package & still receive the federal tax credits and local incentives.

become your own electric power producer

Pre-Configured Engineered Grid-Tie Solar Systems Built Onto Your Building or Property that Connect Directly into the Utility Grid.

Work With The Solar Experts & Save Money. Solar is Art to Us

See What the Sun’s Free Energy Can Do For Your Life.
Go Solar